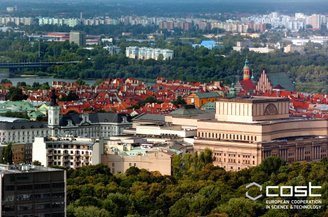 The Final Conference of the COST Action TU1208 "Civil engineering applications of Ground Penetrating Radar" was a successful and unforgettable event. It was hosted by the National Institute of Telecommunications of Poland (Instytut Łączności), ul. Szachowa 1, 04-894, Warszaw, Poland.

In a  warm and friendly atmosphere, the Members of the COST Action TU1208 presented and widely discussed the results of the research activities carried out during the past five years (since the approval of the Action in November 2012) and celebrated everything they have achieved together.   Each day of the conference was concluded with a  session dedicated to organizing follow-up activities and to  designing the future of the TU1208 scientific network.

We were honoured to have Ms. Jadwiga Mrozowska with us on Monday, from the Ministry of Science and Higher Education of Poland. She is the COST National Coordinator for Poland. Ms. Mrozowska introduced the COST programme and  gave information about the participation of Poland in COST Actions.

On Monday, Prof. Cristina Pronello talked about Intelligent Transport Systems and provided a very interesting overview on the research activities, recent advancements and trends in this area. Prof.  Pronello is a Full Professor at Sorbonne Universités, France; she is the President of the Mobility Agency of the Piemonte Region, Italy. In 2006, she was appointed by the Italian Ministry of University and Research as National delegate of the COST Domain Committee "Transport and Urban Development" (TUD)  and from May 2006 to September 2014 she was the  TUD Chair.

On Wednesday, Dr Thierry Goger joined us in Warsaw and gave an inspiring talk on the future of transport infrastructure. Since January 2014, Dr Goger is the Secretary General of FEHRL, the Forum of European National Highway Research Laboratories. He was a very active Member of the COST Actions 350 "Integrated assessment of environmental impact of traffic and transport infrastructure" and 356 "Towards the definition of a measurable environmentally sustainable transport" before integrating the COST Office in January 2007 as TUD Science Officer.  He was the Science Officer of our Action until December 2013.

It was a great honour and a special  pleasure having the contribution of  Cristina and Thierry in  the final event of our COST Action. Their outstanding talks opened fascinating perspectives on adjacent areas of research and  elicited new ideas for future developments in the GPR field.

Check out the scientific programme below, to discover more concerning our   Final Conference! By going through the programme, you will get a general idea about the achievements of the COST Action  TU1208 and find information concerning the  upcoming initiatives of our network!  We are uploading on this webpage the presentations and posters - so far, presentations of Day 1 are available for download.

♡ My most heartfelt and infinite thanks to:

COST, especially to Mickael and Carmencita;

and all TU1208 Members, one by one, for their cooperation and friendship.

Thank You all for Your trust in me and for Your priceless support.

GPR applications in civil engineering: Collaborating with a Company and preparation of material for the educational package to teach GPR in Universities. STSM carried out within COST Action TU1208

Use of GPR to observe cracks in road pavements

Usage of GPR technology in detection of waterlines and sewage

The use of GPR to detect of subsurface defect in Olsztyn-Dajtki Airport runway.

GPR activities carried out at LNEC

Study of a rehabilitated road using GPR and FWD

Processing and interpretation of GPR data collected in the Church of the Assumption of the Blessed Virgin Mary in Klodzko, Poland

A Comparative Study On Schmidt Hummer and Core Drilling of concrete

The conference was attended by 91 registered Delegates from 21 Countries. Moreover, the participation in the scientific sessions was open to  scientists working in the Host Institute.

The registration to the event  was free of charge. All registered Delegates  received the conference material. Certificates of attendance are being prepared. All Delegates were guests of the COST Action TU1208 for lunches, refreshements and  common dinners. Moreover, all Delegates were invited to a Chopin concert  held in the left wing of the Royal Castle on Sunday 24th, followed by a guided tour of  Warsaw Stare Miasto (the Old City). 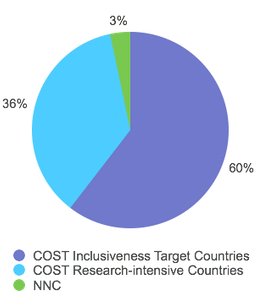 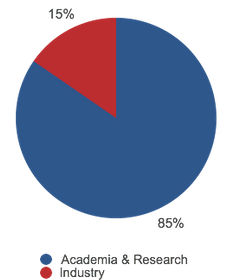 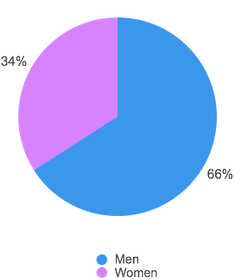 The conference was organised with the scientific, administrative and financial support of COST, European Cooperation in Science and Technology (www.cost.eu).

COST is an EU-funded programme that enables researchers to set up their interdisciplinary research networks in Europe and beyond. COST provides funds for organising conferences, meetings, training schools, short scientific exchanges and other networking activities in a wide range of scientific topics.

By creating open spaces where people and ideas can grow, COST unlocks the full potential of science.

TU1208 Members are deeply grateful to COST for the immense and constant  support provided to the Action TU1208 during its lifetime.

During the event, Sensors & Software had a dedicated exhibition space where they showcased their latest GPR products, software and innovations.

On Monday, Sensors & Software presented their academic support programme and GPR teaching resources to support the development of future leaders and industry experts.

The concert was held in the left wing of the Royal Castle. The pianist was  Wojciech Pyrć.

After the concert, we visited the Old City of Warsaw (Stare Miasto). 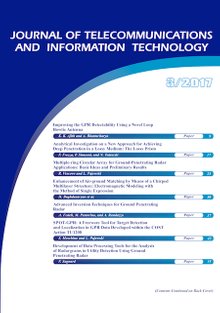 The COST Action TU1208 published several Special Issues on scientific peer-reviewed international journals, during its lifetime. The latest Special Issue    was  published on the Journal of Telecommunications and Information Technology (JTIT). This is an indexed open-access journal supported by the Polish Ministry of Science and Higher Education and published by the National Institute of Telecommunications of Poland.

The JTIT TU1208 Special Issue is  entitled "Recent Progress in Electromagnetic Theory and its Applications;"  the Guest Editors are Prof. Lara Pajewski (Italy), Prof. Hovik Baghdasaryan (Armenia) and Prof. Marian Marciniak (Poland). With this Special Issue, we aimed at contributing to the internationalisation of the journal, at the same time offering to Action's Members the valuable opportunity to publish open-access papers free of charge.

The JTIT TU1208 Special Issue   comprises two parts: Part I includes 8 papers on GPR technology, methodology and applications; Part II contains 6 papers dealing with other applications of electromagnetic fields. Overall, the papers are authored by scientists from 19 institutes in 9 Countries (Armenia, France, Germany, India, Ireland, Italy, Poland, Russia, United Kingdom). We succeeded to finalize the publication of the Special Issue  before the Final Conference, so that the Special Issue was presented during the event. The entire issue  can be downloaded here. You  are also encouraged to check out the webpage of JTIT dedicated to our Special Issue, where you can read and download the Preface  and the various papers. If you wish to receive a printed copy of the Special Issue, please send a message to  tu1208@gpradar.eu.

Photos and Videos are coming soon!

The whole conference was videorecorded with the kind  support of the National Institute of Telecommunications of Poland.